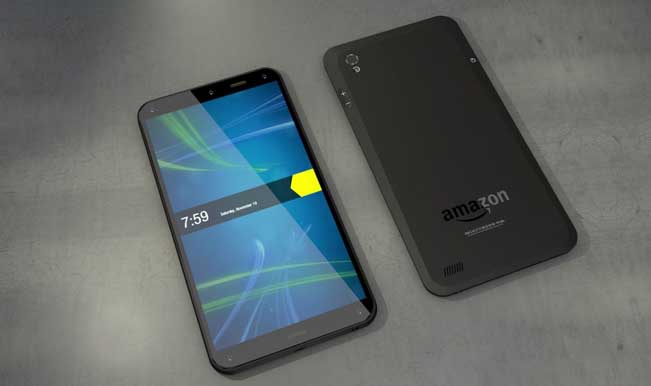 A project four years underway, Amazon is ecstatic to finally launch and unveil their first ever smartphone.

At an event in Seattle near their headquarters, Amazon CEO Jeff Bezos and his team unveiled the brand new Amazon Fire phone. It may look like a typical Android device, but the team has made some intriguing touches to make it stand out in the crowd.

The phone will boast a 2.2GHz quad-core Snapdragon 800 processor and will run on Amazon’s custom version of Android, called Fire OS. The major note that they introduced is the fast that they have introduce 3D-display. Amazon is calling it “Dynamic Perspective” which creates an illusion of depth behind the screen. The phone uses four front-facing cameras, so as you move your head the dimension and perspective slightly change.

One of the company’s strongest features is Firefly. This lets you scan any product for more information. Amazon wants to make buying from a phone an essential part of your daily routine. The company finds it will be making it easy for people to build the bridge between the physical and virtual world.

This is a great piece of technology, which we at Pearl White Media think could really enhance users to shop further online, therefore increasing e-commerce purchasing throughout North America.